Just find out what you like and let it kill you

Just find out what you like and let it kill you

The following was contributed by W0PN:

For years the electrical utility companies have led the public to
believe they were in business to supply electricity to the
consumer, a service for which they charge a substantial rate. The
recent accidental acquisition of secret records from a well known
power company has led to a massive research campaign which
positively explodes several myths and exposes the massive hoax
which has been perpitrated upon the public by the power companies.

The most common hoax promoted the false concept that light bulbs
emitted light; in actuality, these 'light' bulbs actually absorb
DARK which is then transported back to the power generation
stations via wire networks. A more descriptive name has now been
coined; the new scientific name for the device is DARKSUCKER.

This newsletter introduces a brief synopsis of the darksucker
theory, which proves the existence of dark and establishes the
fact that dark has great mass, and further, that dark particle
(the anti-photon) is the fastest known particle in the universe.
Apparently, even the celebrated Dr. Albert Einstein did not
suspect the truth.. that just as COLD is the absence of HEAT,
LIGHT is actually the ABSENCE of DARK... scientists have now
proven that light does not really exist!

It may come as a surprise to learn that darksuckers also operate
on a celestial scale; witness the Sun. Our Sun makes use of dense
dark, sucking it in from all the planets and intervening dark
space. Naturally, the Sun is better able to suck dark from the
planets which are situated closer to it, thus explaining why those
planets appear brighter than do those which are far distant from
the Sun.

Occassionally, the Sun actually oversucks; under those
conditions, dark spots appear on the surface of the Sun.
Scientists have long studied these 'sunspots' and are only
recently beginning to realize that the dark spots represent leaks
of high pressure dark because the Sun has oversucked dark to such
an extent that some dark actually leaks back into space. This
leakage of high pressure dark frequently causes problems with
radio communications here on Earth due to collisions between the
dark particles as they stream out into space at high velocity via
the black 'holes' in the surface of the Sun.

As with all manmade devices, darksuckers have a finite lifetime
caused by the fact that they are not 100% efficient at
transmitting collected dark back to the power company via the
wires from your home, causing dark to build up slowly within the
device. Once they are full of accumulated dark, they can no
longer suck. This condition can be observed by looking for the
black spot on a full darksucker when it has reached maximum
capacity of untransmitted dark... you have surely noticed that
dark completely surrounds a full darksucker because it no longer
has the capacity to suck any dark at all.

A candle is a primitive darksucker. A new candle has a white
wick. You will notice that after the first use the wick turns
black, representing all the dark which has been sucked into it.
If you hold a pencil next to the wick of an operating candle, the
tip will turn black because it got in the way of the dark flowing
into the candle. It is of no use to plug a candle into an
electrical outlet; it can only collect dark.. it has no
transmission capabilities. Unfortunately, these primitive
darksuckers have a very limited range and are hazardous to operate
because of the intense heat produced.

The darksuckers on your automobile are high capacity units with
great range, thus they require much larger dark storage units
mounted under the hood of the vehicle. Since there is far more
dark available in the winter season, automobile dark storage units
reach capacity more frequently than they do in the summer,
requiring 'recharging', or in severe cases, total replacement.

Dark has great mass. When dark is drawn into a darksucker,
friction caused by the speed and mass of the dark particles
(called anti-photons) actually generates substantial heat, thus it
is unwise to touch an operating dark sucker. Candles represent a
special problem, as the dark must travel into a solid wick instead
of through clear glass. This generates a great amount of heat,
making it very dangerous to touch an operating candle.

Because dark has such great mass, it is very heavy. If you swim
just below the surface of a lake, you see a lot of 'light'
(absence of dark, to be more precise). As you go deeper and
deeper beneath the surface, you will notice that it gets darker
and darker. When you reach a depth of approximately fifty feet,
you are in total darkness. This is because the heavier dark sinks
to the bottom of the lake, making it appear 'lighter' near the
surface.

The power companies have learned to use the dark which has settled
to the bottom of lakes and rivers by pushing it through turbines,
which generates the electricity used to pump the dark toward the
ocean where it may be safely stored for their devious purposes.

Scientists are working feverishly to develop exotic new
instumentation with which to measure the actual speed and energy
level of dark. While such instumentation is beyond the
capabilities of the average layman, you can actually perform a
test to demonstrate the unbelievable speed of dark, right in your
own home.

All that is required for the simple test is a closed desk drawer
situated in a bright room. You know from past experience that the
tightly shut drawer is FULL of dark. Now, place your hand firmly
on the drawer's handle. Quickly yank the drawer open.. the dark
immediately disappears, demonstrating the blinding speed with
which the dark travels to the nearest darksucker!

The secrets of dark are at present known only to the power
companies. Dark must be very valuable, since they go to such
lengths to collect it in vast quantities. By some well hidden
method, more modern power 'generation' facilities have devised
methods to hide their collection of dark. The older facilities,
however, usually have gargantuan piles of solidified dark in huge
fenced in areas. Visitors to these facilities are told that the
huge black piles of material are supplies of coal, but such is not
the case.

The power companies have long used secret acronyms to disguise
their activities; 'D.C.' stands for 'Dark Conspiracy', while
'A.C.' is suspected to represent the 'Alternate Conspiracy' which
will most likely be used exclusively once the secrets of D.C. are
totally understood. D.C. is rapidly yielding it's secrets to the
probing eyes and instruments of honest scientists around the
world. The U.S. Attorney General is considering action to be
taken against the power companies for the theft and stockpiling of
dark from 'consumers'. New developments are being announced every
day and we promise to keep the public informed of these
announcements as they occur via this newsletter. 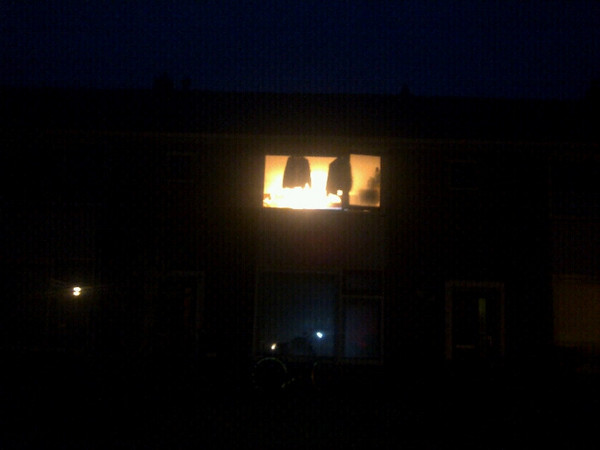 four NANDS do make a NOR . Kijk ook eens in onze shop: http://www.bitwizard.nl/shop/

wie had dat mopje ook al weer over 'in my kountry we do everytink backward ..'

Hey anatoly .. you knowink if integer is singed or unsigned ?
no yuri , but i thinking it is unsigned , just like wodka.